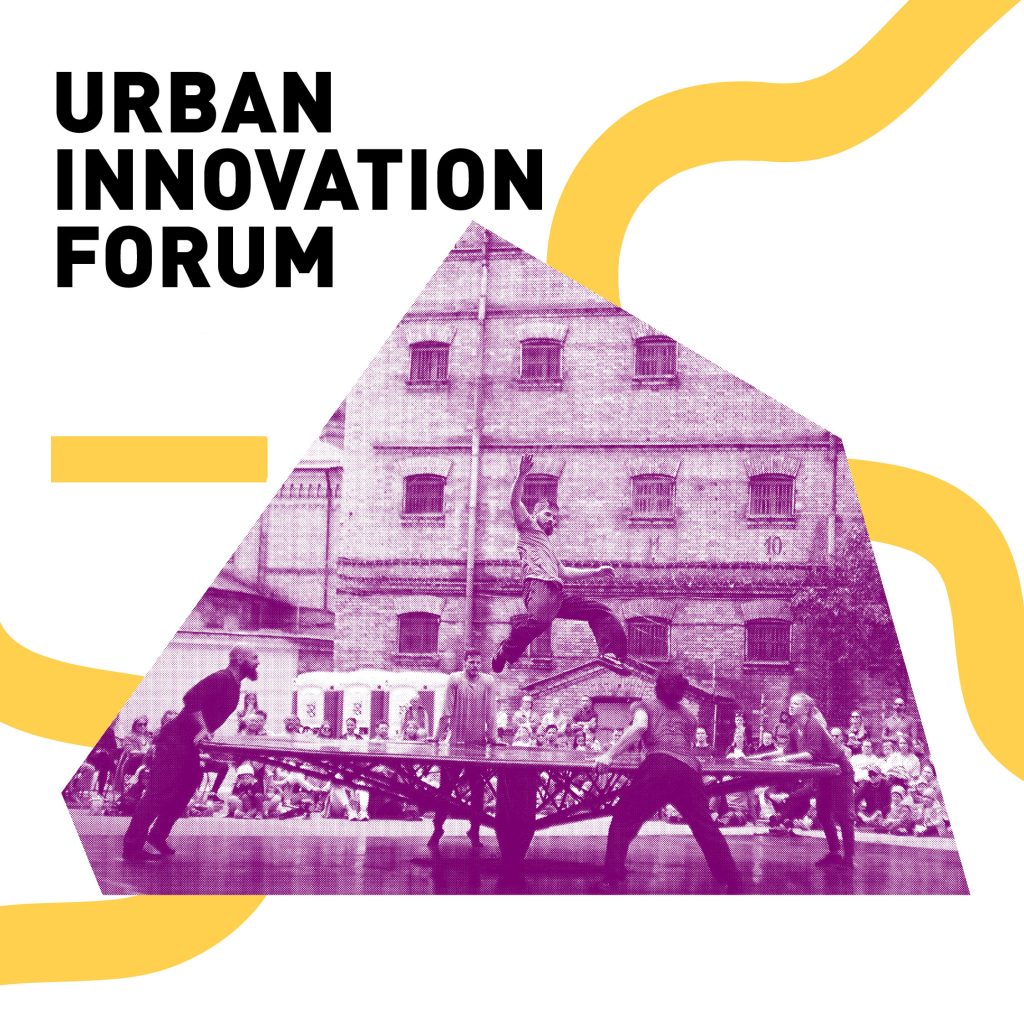 How to support the transformations of cities? How to develop initiatives and projects able to innovate the way we interact in space and to create new spaces of inclusion? And, in particular, how to train professionals able to foster this kind of innovation in Europe?

These are the questions that the Erasmus+ project EUREKA is trying to answer! Over the course of eighteen months, the project has been researching the current needs for training on urban regeneration in Europe and in particular in four partner countries: Italy, Spain, the Netherlands and Romania. We have also launched co-design tables at national and European level to develop a European training curriculum for the urban innovators of tomorrow that will start its test round this fall!

During the Urban Innovation Forum we are going to present the results of the project and our training proposal. We will host a roundtable discussion with European projects, policy-makers and practitioners working in the field to gather their feedback and opinion on the best training models and approaches in urban innovation.

16.00-16.40 Welcome and presentation of the EUREKA training by the project partners

Hettie works for the municipality of Amsterdam and has a strong focus on bottom-up approaches, participation and residential (re)developments. She is program manager Democracy, and develops innovative approaches for citizen involvement. Hettie was one of the founding figures of the master Urban Management at the HvA, Amsterdam University of Applied Studies.

Jaap is researcher at the HvA, University of Applied Studies Amsterdam, department of Urban Issues. His research is called ‘Amsterdam Sortingmachine’ (see: www.amsterdam sorting machine.nl). Jaap is a social geographer, engaged in the development of cultural real estate in Amsterdam and the alternative culture of this city. He is former director of Urban Resort, the biggest organization of cultural incubators in Amsterdam.

Laura Lieto is full professor of urban planning at “Federico II” University, Naples (Italy) – Department of Architecture. Her work focuses on urban informality, trans-national urbanism and planning regulation, with a socio-materialist orientation inspired by Actor Network theory and assemblage. She is also currently City Planning Councilor for the Municipality of Naples.

Is an architect and an urban planner. Worked on urban planning in Eastern Europe, specifically in Ukraine. Was responsible for integrated urban development in the city council of Chernivtsi. At the moment is Advisor to the Mayor of City Hall of Timisoara on Integrated Urban Development and SDGs. Gräf also works as faciliator and moderator of Urban Planning workshops.

Extensive education, which includes European and American universities such as the University of Oxford, the London School of Economics in the United Kingdom, and the University of Berkeley (California – USA).

Idoia Postigo is graduated in Political Sciences (International Relations) and in Psychology. She counts on a Master on Organisational Behaviour.

She has been working in Bilbao Metropoli-30 since 1991. As General Director of this organisation, she has been in charge of promoting and disseminating the Revitalisation Plan of Metropolitan Bilbao. Her job has contributed to place BM30 as a reference point for the main actors responsible for the urban development of the metropolis, especially public institutions.

She is individual and team coach, as well as mentor of the Law and Economist Associations and collaborator of the Association of Entrepreneur Women “EmakumeEkin”. She counts on a personal blog “Emotionak Fabrika” and is the author of three books in Spanish: two novels and a two technical publication about “Professional and emotional team management”, as well as “Essential Guide for Entrepreneur Women”.

Cansu studied bachelor of architecture and MSc in Industrial Product Design with a semester in TU Delft. She has been deeply involved in various civil society and cultural projects. In 2021, she co-created a Project called ‘With Design.’ Which facilitates designers to create interventions in various public spaces. In 2020, together with their partner she founded  tibia x fibula , where they work across disciplines to design and create live experiences and other things by collaborating with people, initiatives and festivals. In 2019, she initiated the Tramp Kitchen project  based on  creating awareness towards the production and consumption cycles of food systems in Izmir towards sustainability, inclusivity, diversity and fair resilience. Also, since 2015 Cansu works at Izmir Metropolitan Municipality for the Izmir History Project as a design researcher and facilitator coordinating collaborations, research and design processes of public spaces as well as revitalization of the historical city center of Izmir.